For tourists and tour operators alike there are certain facets of Sri Lanka that should not be missed when compiling an itinerary or panning a holiday. 2 or more of the following will combine to create a memorable holiday in Sri Lanka. 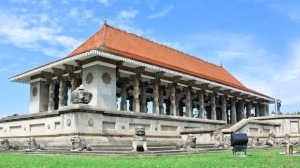 There are 7 world Heritage sites in Sri Lanka. The 3 ancient and magnificent cities of Anuradhapura, Polonnaruwa and Sigiriya were inscribed in the UNESCO World Heritage list is 1982 followed by Galle, Kandy and the Sinharaja Forest Reserve in 1988. Finally the Golden Temple of Dambulla was added to the World Heritage list in 1991. These places of historical and natural significance are not to be missed for any visitor to Sri Lanka.

Sri Lankan elephants (Elephus Maximus – Asian Elephants) known as Aliya or Etaha (tuskers) by local people is the most beloved animal in Sri Lanka. They display fascinating behaviour and have great National value as a tourist attraction. There are many National parks around the country to see elephants. The Pinnawela Elephant Orphanage, first of its kind in the world is a unique place where abandoned and disable Elephants gets care and protection. It is an award winning conservation effort and a great place to see elephants up-close.

Being an ancient kingdom, Sri Lanka has preserved its most precious treasures, its culture & its tradition and part of this is its Cuisine. There is very little of Sri Lankan food that we call our own as influences are as varied as North and South Indian, Persian, Malay, Dutch and Portuguese can be found in Sri Lankan cuisine and makes a delicious combination.

Being an island, Sri Lanka is surrounded by beautiful golden beaches, certainly a feature not to be missed by any visitor. Unfortunately due to the 2 decade long conflict in the north and east, some of the best coastlines are out of reach. The beaches in the west coast and the south coast are no less spectacular and hosts 1000s of visitors each year.  There is a thriving beach culture in Hikkaduwa and Unawatuna and to a lesser extent in Negombo. Other coast lines such as Bentota, Beruwela and Kalutara are the tourist hot spots featured by many of the large tour operators in Europe.

Ceylon Tea and the Hill Country

Tea drinking is an all-time favourite pass time with Sri Lankans and steaming hot cup of tea has been a symbol of relaxation in the mind of a Sri Lankan. Tea was introduced to us two centuries ago by the British who transformed the lavish hill country in to lush green tea plantations. The British left, and we had tea!! The introduction of tea also brought the railways in to Sri Lanka.

With its varied terrain and climates for a small island, Sri Lanka is an up and coming adventure destination. There is a multitude of land and water based activities being developed in Sri Lanka and the most popular of these is the river rafting and kayaking runs in Kithulgala which has become the focal point of adventure based tourism in Sri Lanka. A climb to the top of Adams peak is also a highlight for those hardcore adventure enthusiasts.

Sri Lanka is a birds and bird watchers paradise with 435 resident species of which 26 are endemic. Most of them are found in the wet zone. The winter migrants come from distant Siberia and Western Europe. The reservoirs attract vast number of water birds and the forests attract many other species. There are many bird sanctuaries across the little island and in additions you can see birds throughout the country in pockets of forests, lakes, lagoons and rivers during your travels here.

The Sri Lanka leopard (Panthera pardus kotiya), is a subspecies of leopard native to Sri Lanka. A recent study has shown that Yala National Park has one of the highest recorded densities of leopards in the world, although this animal is considered an endangered species even here. The Wilpattu National Park in Sri Lanka is also famous as a good place for leopard watching. Leopards are more visible in parts of Sri Lanka than many places where they share their habitat with dominant competitors. Spotting a leopard is no easy feat as they are elusive and shy. But lucky visitors to Yala have seen up to 6 leopards (including Cubs) on a single game drive.

Having a history marked by four centuries of colonial rule, we still manage to safe guard remnants from the past in their original grandeur. Some of the more renowned edifices are the Galle Fort built originally by the Portuguese and Colombo Harbour. As enthusiasts with a pulse on the hospitality industry, our focus is on a number of hotels which were built by the British. The origin of these present day hotels were mansions or public buildings built in order to accommodate the governors and other high ranking officials. Furthermore the plantation bungalows which were built in the tea estates have now been converted in to stylish boutique hotels.

View all posts by kritikatoursandtravels

Goa Starting at 15000 per person including flights from Delhi